A Simple Puzzle on Dates

There's a very decent chance you may have seen this before. Many times. Maybe you already did today. Let's do it one more time. Here's a very simple question:

Is it the 1st of June 2020? Or do you prefer to read your dates differently (from almost everyone) and for some reason think it's the 6th of January 2020?

...and Another One on Times

Oh, and while we're at it 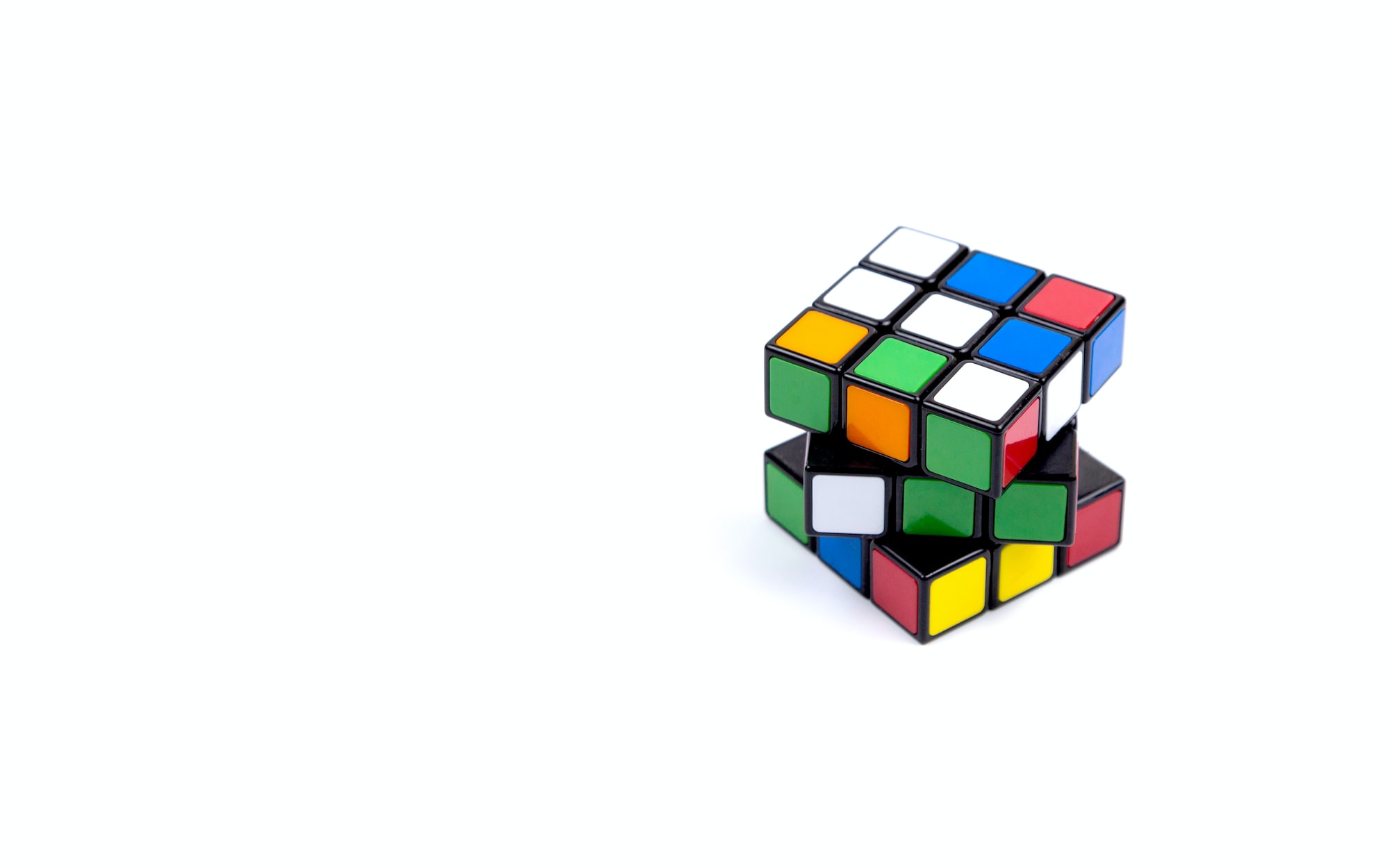 So, who's right then?! Well, there's a point that can be made about the order and the consistency of writing both dates and times.

So, when putting delimiters aside, if we just all were to write dates in the "DAY/MONTH/YEAR" format and time in the 24 hour "HH:MM:SS" format, we'd have strictly logical solutions to our problems (yes, I've got a logical problem with writing dates in the "MONTH/DAY/YEAR" format). We're golden, right?! Unfortunately, no.

As logical and as appealing as this solution might be, it's a mere patch on the actual underlying problem. Plus, it fully ignores the human side of it. Hardly ever a good idea. 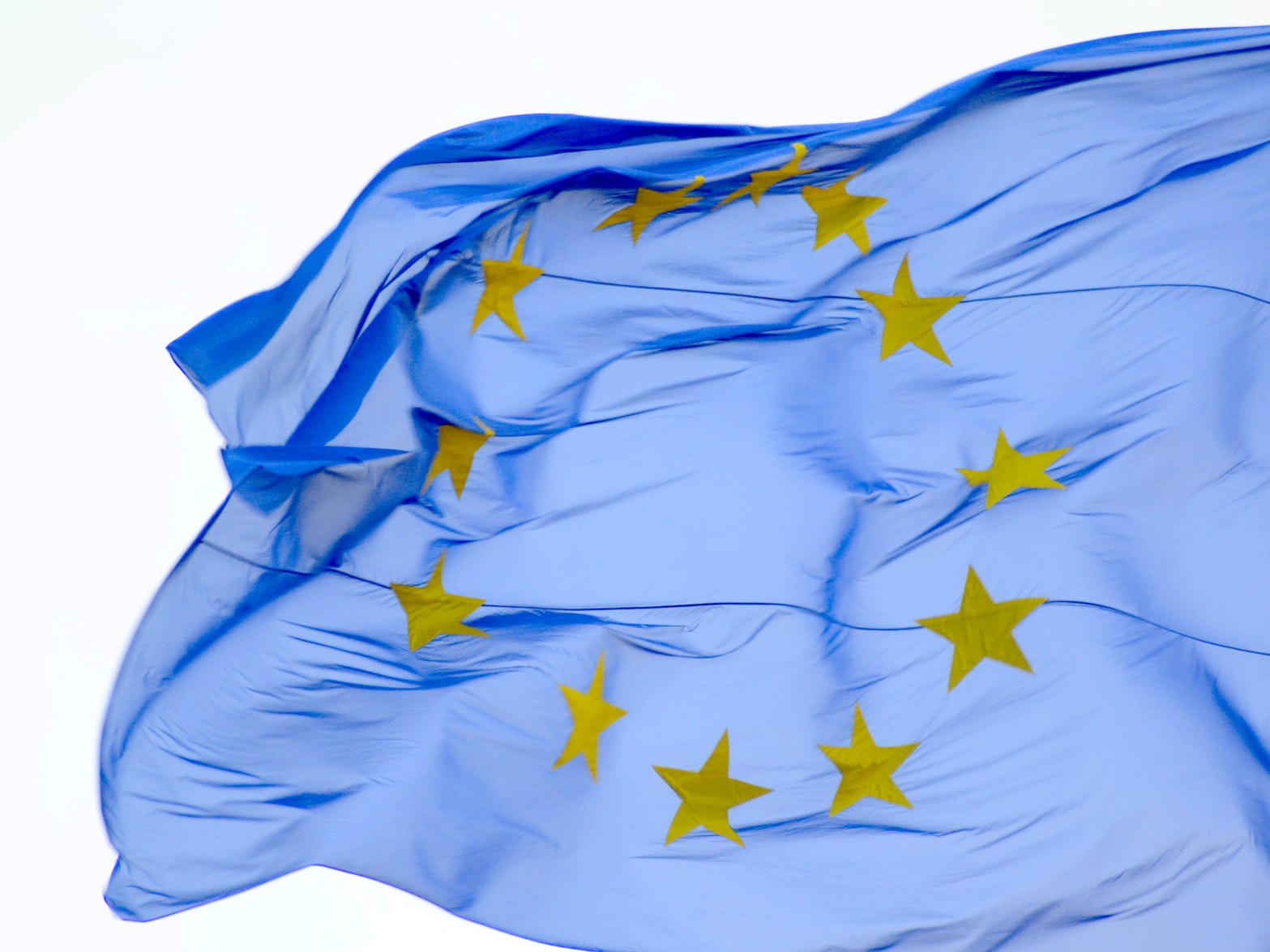 Let's revisit the two puzzles above.

Regardless of your answers and personal point of view which ones are correct (I do have an opinion on this as well), the answers to both questions clearly depend on context.

The problem with the information at hand in the two puzzles is that the context is much more defined by the person trying to answer the question than by the person posing them in the first place.

So, to a person predominantly familiar with European culture (continental Europe that is — we're special), the above two questions are blindingly obvious: Clearly, the date refers to the 1st of June, and yes — it's about time to head for lunch. Bon appétit and goodbye!

However, if you were to ask a person predominantly familiar with North American culture, the above two questions are blindingly obvious as well: Clearly, the date refers to the 6th of January and there seems to be something missing from the given time. There's a decent chance it signals that it's about time to get ready for lunch. But then, again, there's information missing that would change the outcome significantly. In the absence of clarity, an intelligent person would refuse the temptation to guess. 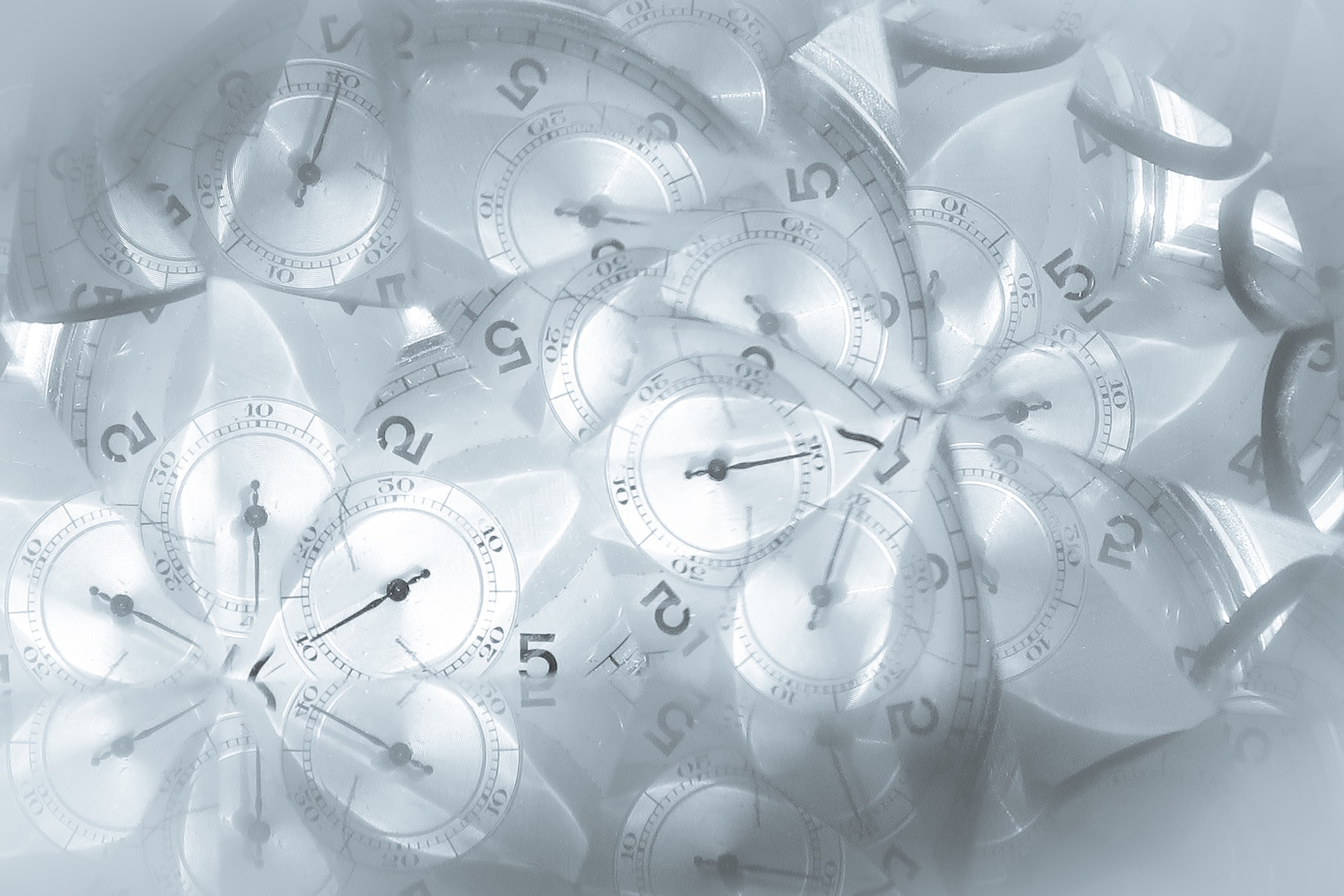 The Price of Ambiguity

The above really isn't a problem as long as people communicating with each other agree on the same cultural context. To them, it's either June or January. And time to go for lunch. Or to bed. But not both.

But then we've started trading across countries, continents, and time zones. The Mac I am currently typing these words on, for example, was designed in California, assembled in China, and is now dutifully clocking away its hours in Europe.

So, we're back at the problem of having to find a common understanding of dates and times that is independent of any context. Because if we don't, the price of ambiguity can be quite steep.

Just imagine getting your next shipment half a year earlier or later than expected — good luck with those Christmas trees in the middle of summer then! Or asking for another date after being 12 hours late (or early).

So, how do we solve this? If only there were a standard for that...!

Well, it turns out there is. For quite some time actually. 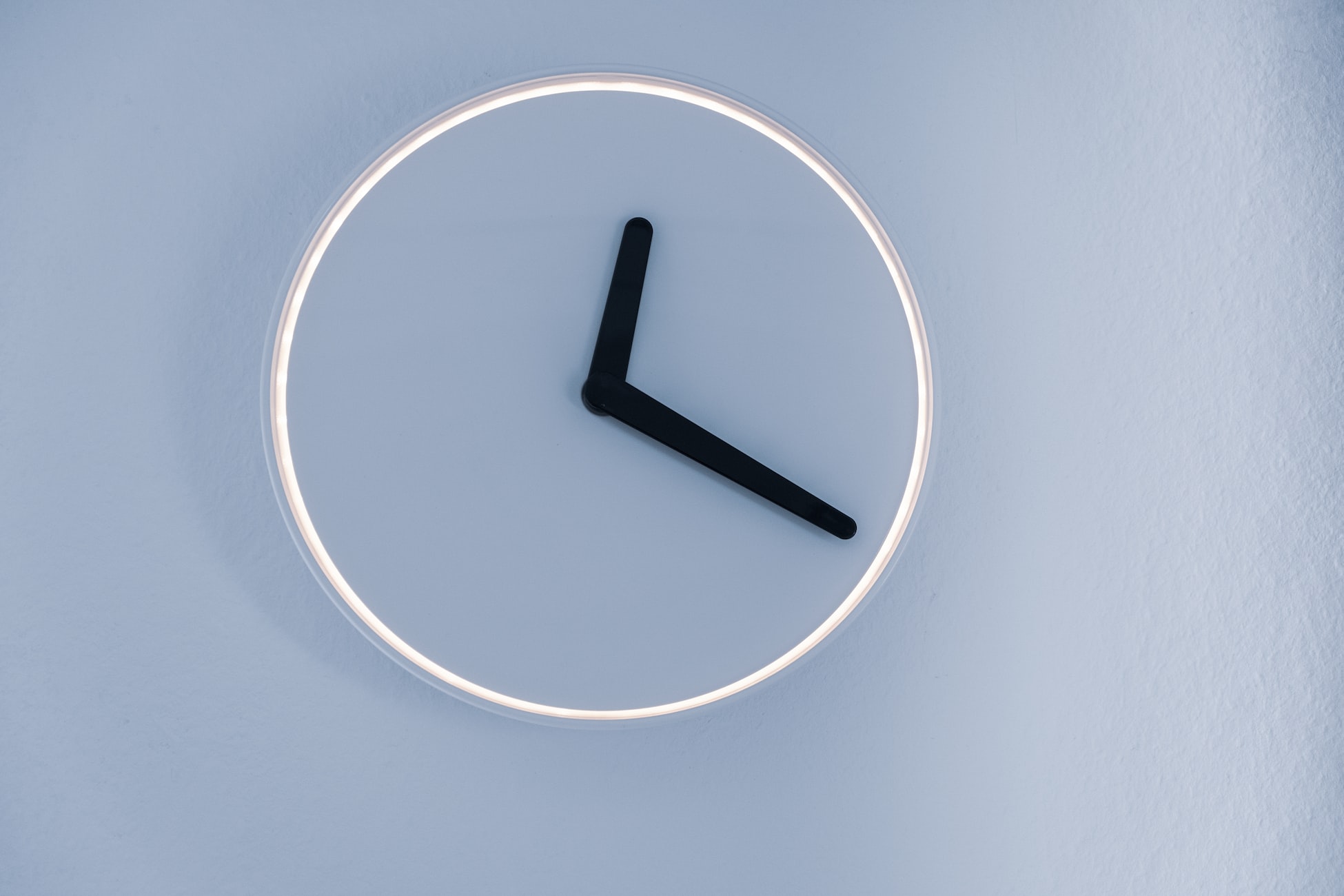 A Standard for Dates and Times

The problem of having to agree on a common understanding of dates and times isn't really new.

In the nineteen hundreds, scheduled steam ships and trains not only brought transportation to the masses but also introduced time standardisation to the industrial world. Global trade and digitalisation only increased the need to further standardise dates and times. But this time globally.

So, the real problem is not the absence of any standard. Much rather their abundance. As with any standard,

The best thing about standards is that there are so many to choose from.

But even when agreeing on a specific standard, without any adoption in real life, the whole undertaking is dead in the water. So, let's have a browse around the cupboard of standards.

Epoch for the Win!

Let's start with something that's with us every day — whether we are aware of it or not (just take a look under the bonnet of your precious portable supercomputer, aka "mobile phone"): Epoch!

While it's certainly a viable option, I'm personally not overly excited to fully subscribe to it. Epoch certainly ticks the geeky box but it's also a bit of a faff to write or convert dates and times into Epoch timestamps.

So, Epoch is excellent for machines. But then I'm human. And I could do with a bit of familiarity around what I've already been doing so far for decades.

Luckily, there's a widely accepted standard that makes it fairly easy to write, communicate, and read dates and times.

ISO 8601 has been around since 1988 and gives us an unambiguous standardised way of writing dates and times. It even comes with time zone information and increased accuracy for all those who really want to be on time.

An additional benefit of using ISO 8601 formatted dates and times is that they can easily be sorted in chronological order by sorting them in lexicographical order as the two coincide; "2020-01-01" precedes "2020-01-02" both in chronological as well as lexicographical order and so on. In that sense, the format is stable towards sorting and ideal for organising timestamped data, as the previous argument also extends to times.

I personally use ISO 8601 formatted dates and times to organise my photo gallery in lexicographical order. And my Mac rewards me with chronologically sorted albums. Without me having to do anything. Just what I wanted.

So, there we have it. A handy standard for dates and times we can all agree on. Made by humans. For humans.

So, what does this mean for the puzzles above? Actually, it's quite simple. The questions are ill-posed!

The puzzles allow for interpretation when there shouldn't be any. As always:

In the absence of clarity, refuse the temptation to guess!

So, an unambiguous puzzle on dates would have been

Now, that's the 1st of June 2020. An unambiguous puzzle on times would have been

Now, that's one minute away from midnight on British Summer Time. Good night! 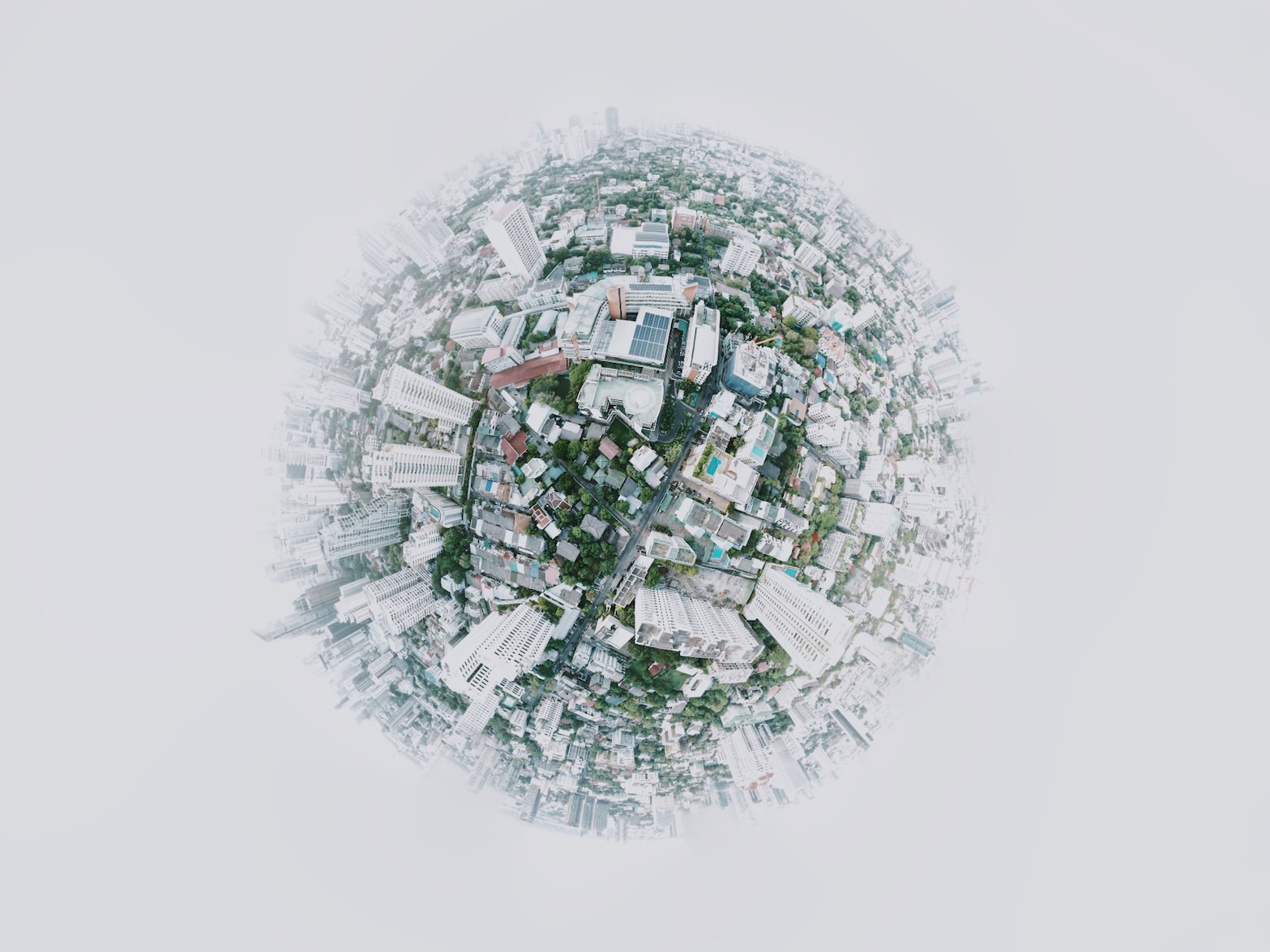 A Suggestion and an Confession

It appears to me that some countries have realised the merits of using ISO 8601 style dates and have adopted them widely in their everyday lives.

I personally first came across ISO 8601 style dates in everyday life while in Japan. It took me a second to figure out the first best-before date I spotted on a tin but the format quickly made sense to me. It was consistent, logical, and unambiguous. Best of all — a global standard! Well done!

I also have a small confession to make: This article was originally sparked by my personal struggles (some might say bugbear) whenever I come across a "Month Day" format for a specific date in the near past or future.

While the format still makes limited sense to me (I do care a lot more to be paid on a specific day than a specific month — and I've observed the same preference in others as well), I realised over time that I was actually wrong and entirely missing the point.

The problem really isn't the "Day Month" or "Month Day" format. But the implicit ambiguity in both formats when fully written out in customary formats. This was also the point, when I personally decided to make the switch. 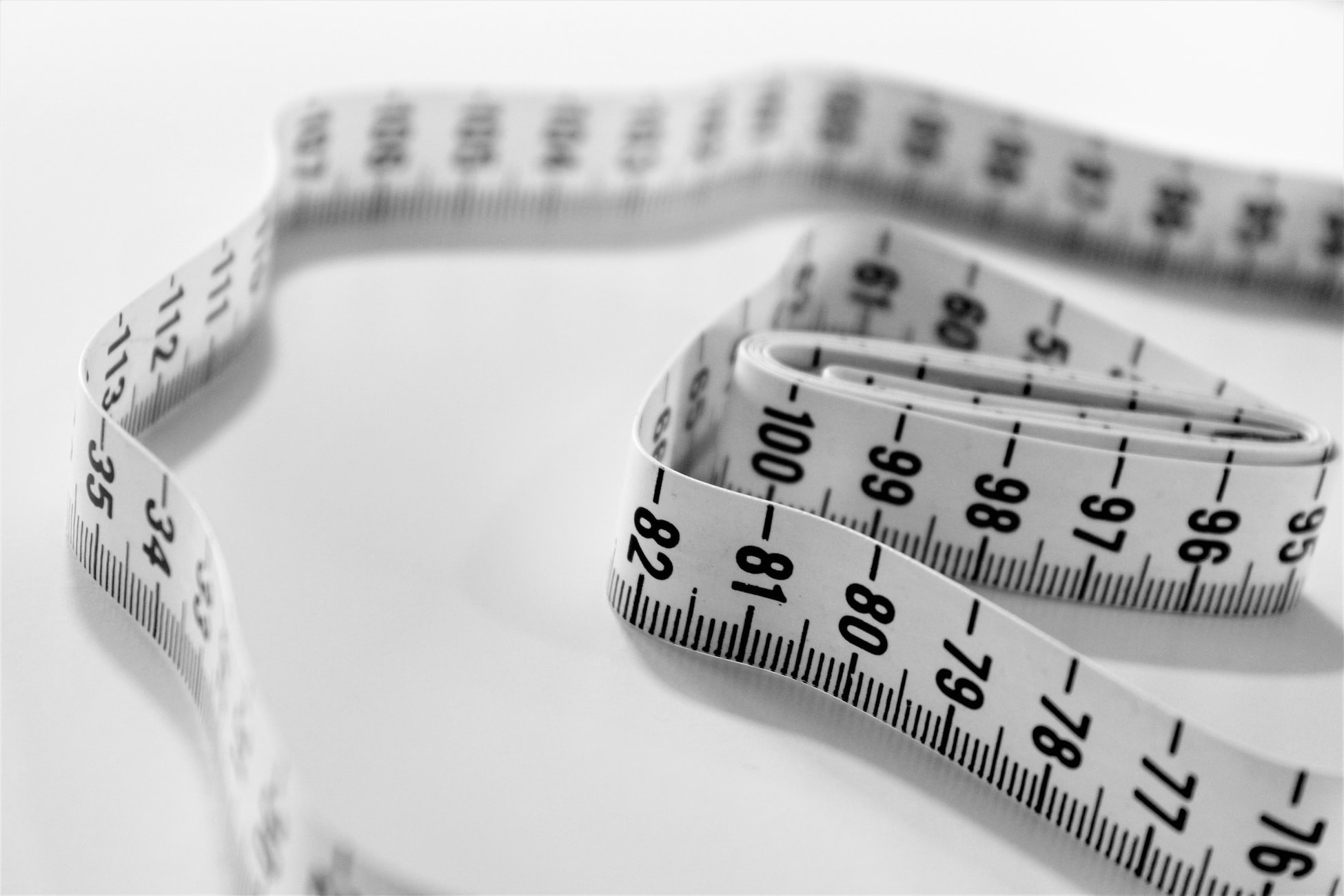 While we're on the subject of standardisation, why don't we shamelessly use the opportunity and also standardise on things like length, pressure, temperature, and so on. Ideally, in everyday life as well.

Just imagine the weather forecast one day telling you 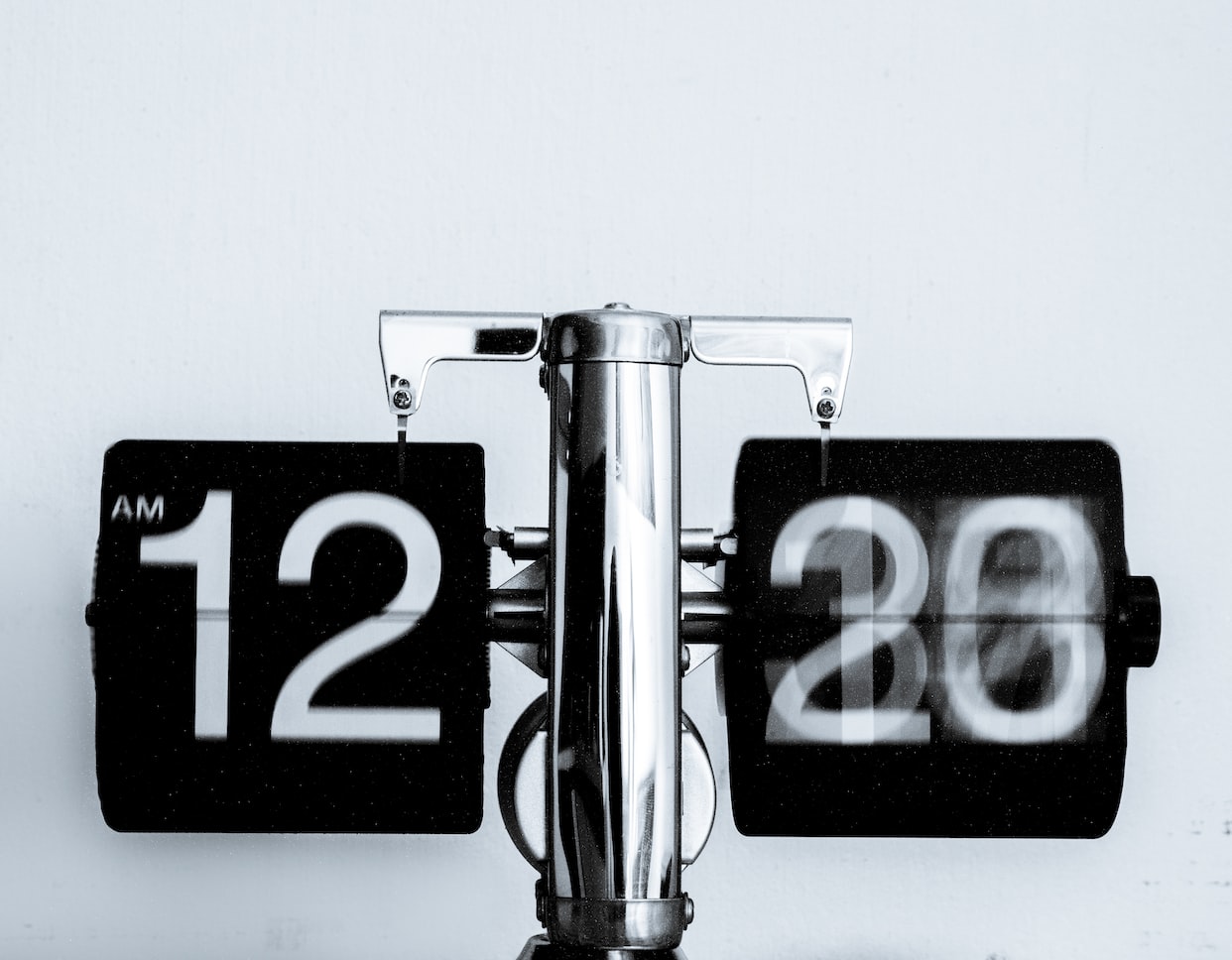 So, How Do You Do Dates and Times?!

While the above Worx for Me!™ when it comes to standardising on dates and times across countries, continents, and time zones, you may have an alternative or better way. 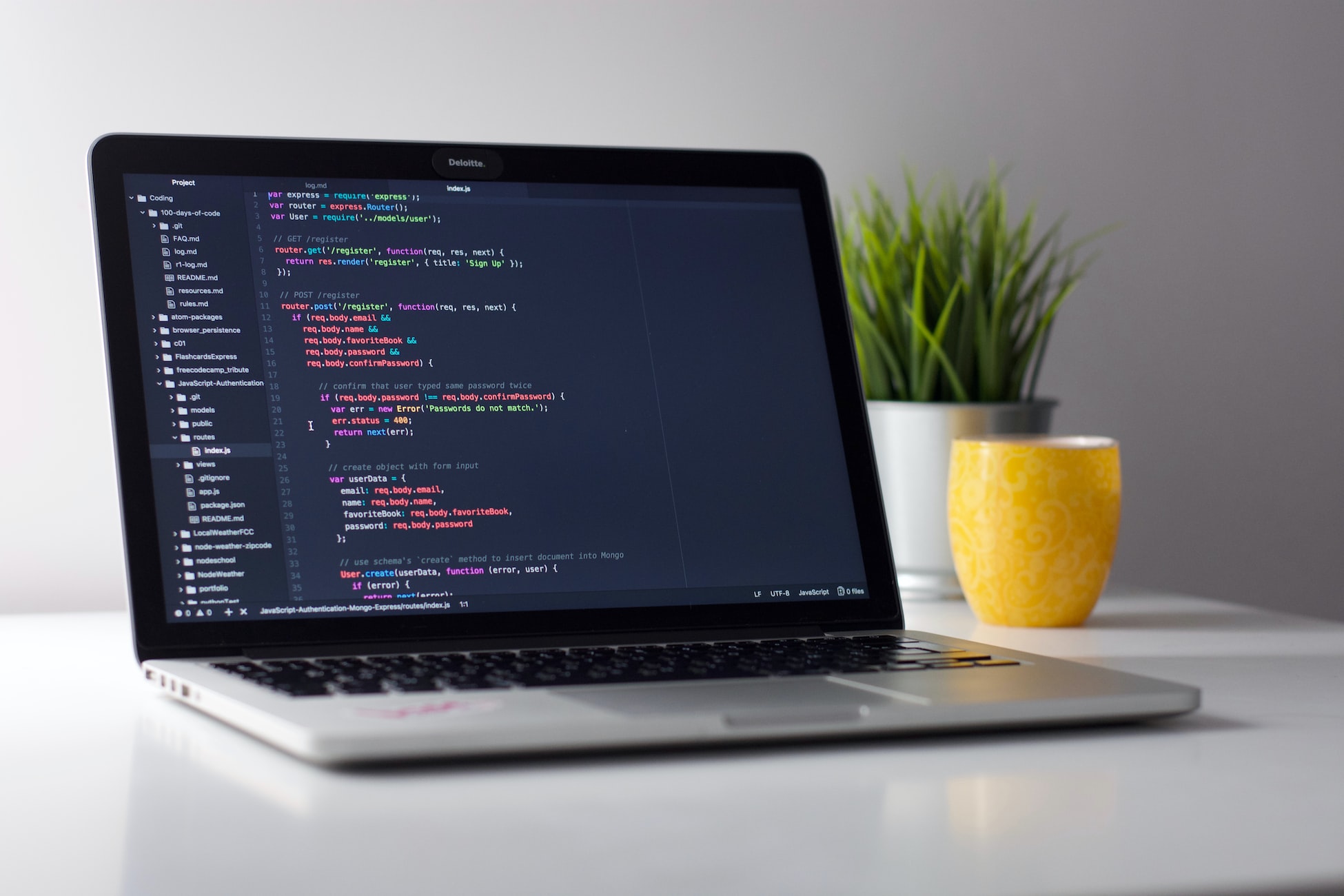 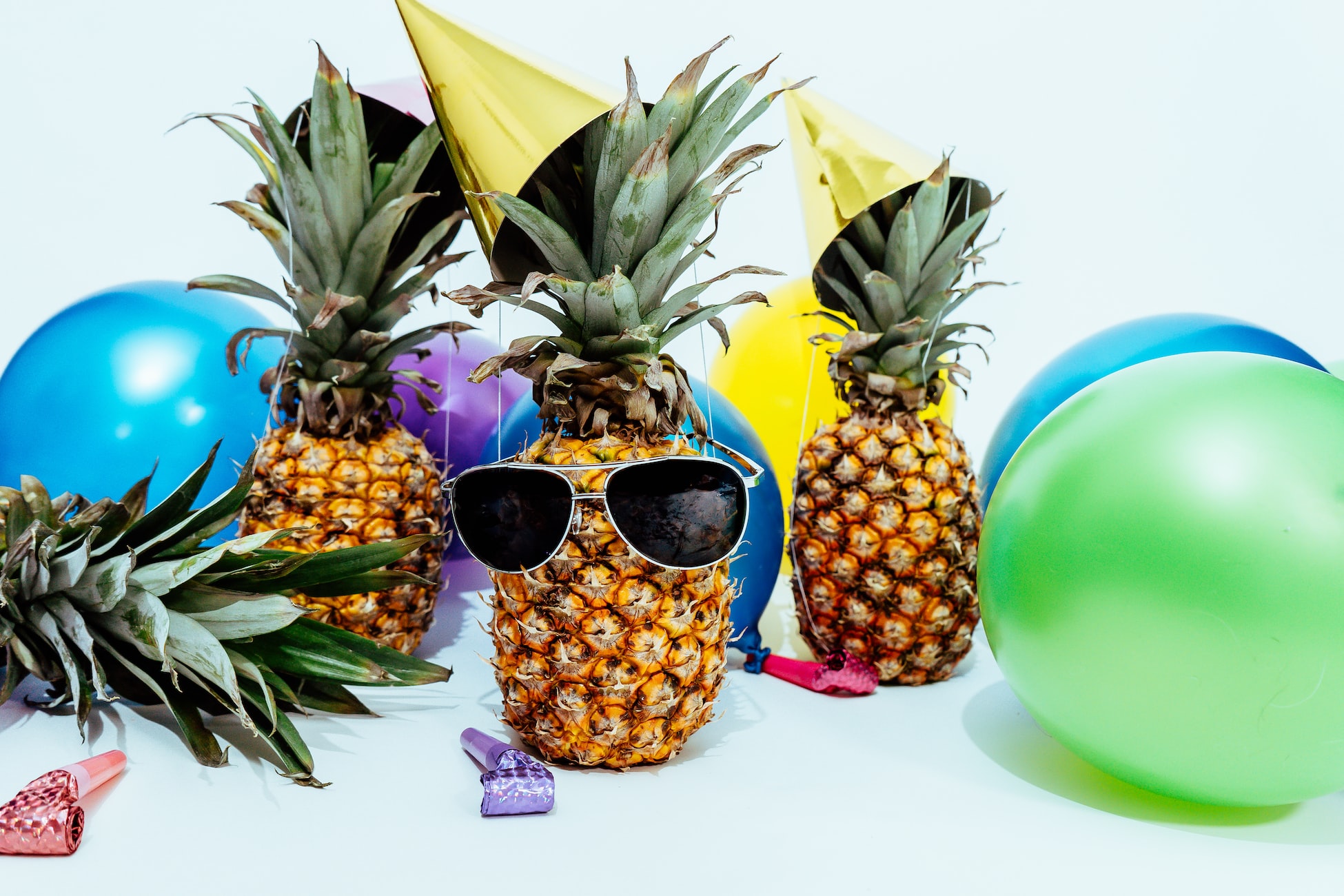 How Hard Can It Be?!
—
Dates and Times for Truly Everyone
Share this